The University of Mississippi
You are here: Home Chancellor's Blog Academic Excellence: It’s All Around Us

I feel confident that by now most of the Ole Miss family has heard about our new strategic plan, Flagship Forward.  I’m eager to share our excitement about the roadmap it lays out for our bold path to ever-increasing excellence.

Today’s blog is the first in a series to highlight the four pillars that form the foundation of Flagship Forward:

For our flagship university, academic excellence is — and always will be — first and foremost, so it’s a natural focus for this first blog of this series.  Evidence of academic distinction at the University of Mississippi is everywhere:  This year’s freshman class has the highest-ever entering GPA of 3.59.  Our academic degrees are innovative and ranked among the very best in the country.  We have 14 graduate programs ranked by US News & World Report in the top 100 nationwide.  All three accountancy programs are among the nation’s top 10.  Our new biomedical engineering program draws in some of the best students in Mississippi with an average ACT of 31.  And the School of Pharmacy’s Department of Pharmaceutics and Drug Delivery launched a new master’s program to prepare science and engineering students for work in the pharmaceutical industry.  And now, with our state-of-the-art $74M Medical Education Building, we can train more doctors in a more effective way to build a healthier Mississippi.

Our Carnegie R1 highest research activity designation puts us into the top 2.5% of colleges and universities in the U.S.  As one example of research excellence, our faculty and staff in physics played a major role in the astounding breakthroughs that confirmed a major prediction made by Albert Einstein over 100 years ago.  Just last year the work done by that international consortium won the prestigious Nobel Prize in Physics!

In our strategic plan, one of the ways we are pushing the boundaries of knowledge is via a transformative initiative called Flagship Constellations.  We launched the initiative in November with a $1 million seed gift from Tommy and Jim Duff in honor of their late father Ernest, a former ASB president.  Flagship Constellations are multidisciplinary teams of faculty, staff, students, and external partners focused upon finding solutions to four of society’s grand challenges: Big Data, Brain Wellness, Community Wellbeing, and Disaster Resilience.  Their research will boost innovation, increase grant funding, enhance our scholarly visibility, and make a real difference in our world. 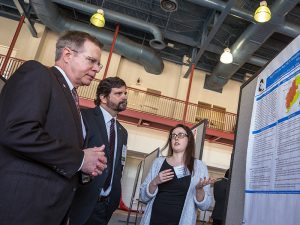 And as we near commencement, we’ve had a whirlwind of scholarly activity.  In one four-day period, we held our annual university-wide Research Day (hosted this year at our Medical Center campus), honored the new crop of Taylor Medalists (the university’s highest academic recognition, awarded to only one percent of students), inducted our newest members of the prestigious honor societies Phi Beta Kappa and Phi Kappa Phi, and at Honors Convocation recognized Professor Ann Monroe as the 2018 recipient of the Elsie M. Hood Outstanding Teacher of the Year Award (the highest teaching honor a UM faculty member can receive).  Whew!  Even though I gave 13 speeches in that four-day period, I still made time to soak up every minute of the excellence we were celebrating!  And here recently, we also learned that one of our students was named the 15th Harry S. Truman Scholar from Ole Miss, another student was one of only 16 students nationwide selected as a prestigious Mount Vernon Leadership Fellow, and we have a number of Fulbright awardees. 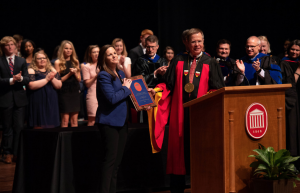 All this leads up to what will no doubt be an exciting commencement weekend, capped by remarks from Walter Isaacson — an acclaimed biographer and historian and a former CEO of CNN and Time Magazine.  And of course, I can’t wait to continue the tradition of taking my annual panoramic photo of the graduates!

The takeaway message here is simple:  Our flagship university is in the top tier of major public universities nationwide!  And we share one essential trait with all other great institutions: a common drive and will to get ever better — to go from great to greater.  I invite you to delve into our strategic plan Flagship Forward and join us as we navigate its road map to enhanced excellence. 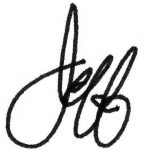 P.S.  A blog about academic excellence wouldn’t be complete without a congratulatory shout-out to all the students from fall semester who made Chancellor’s Honor Roll (GPA of 3.75–4.00) and Dean’s Honor Roll (GPA 3.50–3.74).  You can access the entire list to see who’s “making the grade” here:  https://secure5.olemiss.edu/umhonorroll/.  Keep up the awesome work! 🎉